“What are these?” Bobby asked. 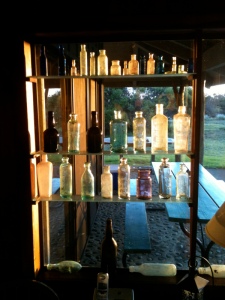 “A collection of bottles,” his aunt said.

But when his aunt wasn’t looking, Bobby opened a slender yellow jar and took a big sniff. “Yuck.” He caped and replaced the bottle.

Later that afternoon, every woman and girl at the park became suddenly overly interested in Bobby.

He concluded that this had to do with something that was in the bottle he’d sniffed. His aunt was right, there was nothing in those bottles a ten-year old boy was interested in.

Friday Fictioneers is a challenge to write a 100 word story from a picture prompt. It’s hosted by Rochelle Wisoff-Fields, anyone can play.

Click on Short Stories to read more of my stories.

Click on the Blue Box to read other boggers’ Friday Fictioneers’ stories. 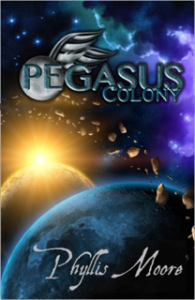 Lt. Jessica M. Hewitt can’t find peace for her own life, yet her mission is to bring peace between two worlds 27 light-years apart. Her orders are to convince the rough Pegasus Colony that they are still an Earth colony.

Soon after she lands on the alien planet, her nonexistent negotiation skills immediately prove their worth, within seconds she’s failed. Their leader has walked out on her.

The colony wants nothing to do with their home planet. They’ve been on their own for over 300 years. They’re not about to give up their independence.

At last that’s what they say is the problem. But there’s something else going on.

Why has the Earth team has been exiled to the farther reaches of the colony habitat? Why are the colonists so secretive about one particular garden? What are they growing? And why will not one colonist speak to anyone from Earth.

Most importantly what will it take to convince the colonists to just speak to her? The answer to that question may cost Jessica her life.

15 thoughts on “Friday Fictioneer: The Sniff”