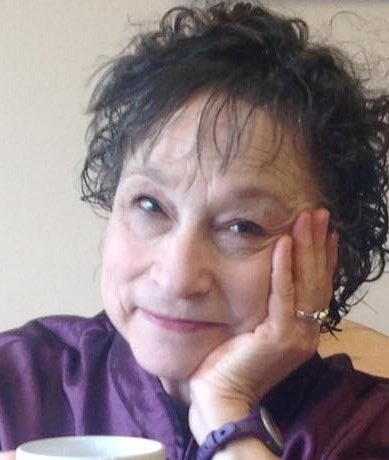 Friday Fictioneer is a weekly writing challenge hosted by Rochelle Wisoff-Field. She posts a photograph and the challenge is to write a 100 word short story.

I asked Rochelle if she’d like to give us the history of how she became involved and eventually the host of FF. Here is her story:

Six years ago, as a newly published author of a short story anthology, writing and rewriting my first novel, I didn’t have much of a direction for my blog. The few articles I posted were met with overwhelming disinterest.

One April day I noticed a Facebook post by someone named Madison Woods on the Ozarks Writers League page announcing the time had come for Friday Fictioneers. I found the title intriguing so I asked her about it.

She explained that every Wednesday she put up a photo and each participant was to insert it into his or her own blog page and write a short story to go with it. I decided to try my hand at it. From the first hundred words, I was hooked. I quickly learned that less really can be more.

This revelation spilled over into my longer pieces.

Even more addicting than the writing was the interaction of an international group of writers. Although it took me a few weeks to catch onto comment protocol, I soon learned how to give and receive. I was fascinated by the variety of stories and poems one photograph can inspire. The themes range from light and funny to dark and sinister.

Soon, I developed close friendships with some of the other writers. I looked forward to my weekly serving of magic until one morning my friend, Doug, on the Big Island asked, “Are you going to take over Friday Fictioneers?”

“Didn’t you get Madison’s email?”

Sure enough, I found an email from Madison saying it was time for her to move on. She offered Friday Fictioneers to anyone who might be interested in taking over after October. I felt like I’d lost my best friend.

When I shared the news with my husband, Jan and cousin, Kent, they, too, encouraged me to bid for the facilitator role. Never one to take on leadership roles, I couldn’t see myself in that position.

“Why not you?” asked Kent. “You know the ropes and you have the chops. I think you should go for it.”

I bounced the idea around in my head for a few hours.

Nothing will change. I haven’t missed a week in six months. I’ll still post my stories. The only difference will be that I’ll be choosing the photos.

Apparently the impassioned plea I sent Madison convinced her, too, for she announced my adoption of her baby that very week. The photo prompt she chose was of a bus and I knew I was in for an exciting ride. Here’s the story I posted:

Apprehensions whelmed the new driver. How could she steer this behemoth? Her feet barely reached the gas pedal.

A lithe maiden with pointed ears and iridescent wings floated past her.

Next was an imposing man whose black silk cape skimmed the floor. One by one, diverse passengers stowed their baggage and found their seats.

Warmed by his congenial smile she tried not to stare at his plastic clown nose and grasped his offered hand.

His joy buzzer sent shockwaves to her shoulder.

He chortled. “Are we there yet?”

Here’s a link to that post complete with comments from my fellow fictioneers.

The first month or so went smoothly. I received a lot of support from other members and quite a few offers of photos for potential prompts.

As with any group, even those online, personality quirks and conflicts arose. One fictioneer I’d considered a friend, lashed out at me in a scathing email in which she accused me developing “an over—inflated Friday Fictioneers Ego.” Without going into detail about the situation, suffice it to say, her words stung like needles.

Another memorable time came when one member decided to use my page as a platform to preach her religion. This sent a flurry of complaints to my inbox.

I tried, via email, as diplomatically as possible, to persuade the would-be evangelist to confine her proselytizing to her own page. She never replied but, eventually disappeared from our midst.

Occasionally, a zealous blogger will link his unrelated blog to the Friday Fictioneers’ inLinkz in order to draw traffic to his site. In those instances, I will notify the person to let him know I’ve deleted his link and why. Most of the time there’s no response but in a few instances I’ve been called a control freak or worse.

For the most part, I enjoy the interaction and have learned from other writers. As a child I had a few pen-pals, one in Wales and another in South America. It was so much fun to get those letters and feel like I’d, in some way, traveled overseas. To me, Friday Fictioneers is akin to having pen-pals on steroids.

To my amazement, Friday Fictioneers has gained popularity and has been featured in three separate WordPress articles about blog writing challenges. Each time my following increased exponentially and participation has topped out as high as 100 writers in one week.

I’ll end with a word of encouragement that came a year after I took the helm:

Hard to believe you’ve been our leader for a year. I guess time flies when you’re having fun. When you took over, I didn’t know you, wasn’t sure how the transition would work out, but I have to say you’ve been superb and you have all the right qualities to lead this diverse group, consistency, energy, devotion, a sweet nature, but enough of a hard edge to keep things in line. I want to thank you enormously for all your efforts and I’m extremely grateful you’re there for all of us and keep this party going. Ron

From Phyllis: I agree with Ron. I joined after Rochelle took over. I think she’s doing a great job. It’s been fun interacting with her in the comments section and making new blog buddy friends.

I didn’t know I could write short stories until I joined writing challenges like FF. If you like to write, I encourage you to try a writing challenge. There are several hosted in the WordPress community.